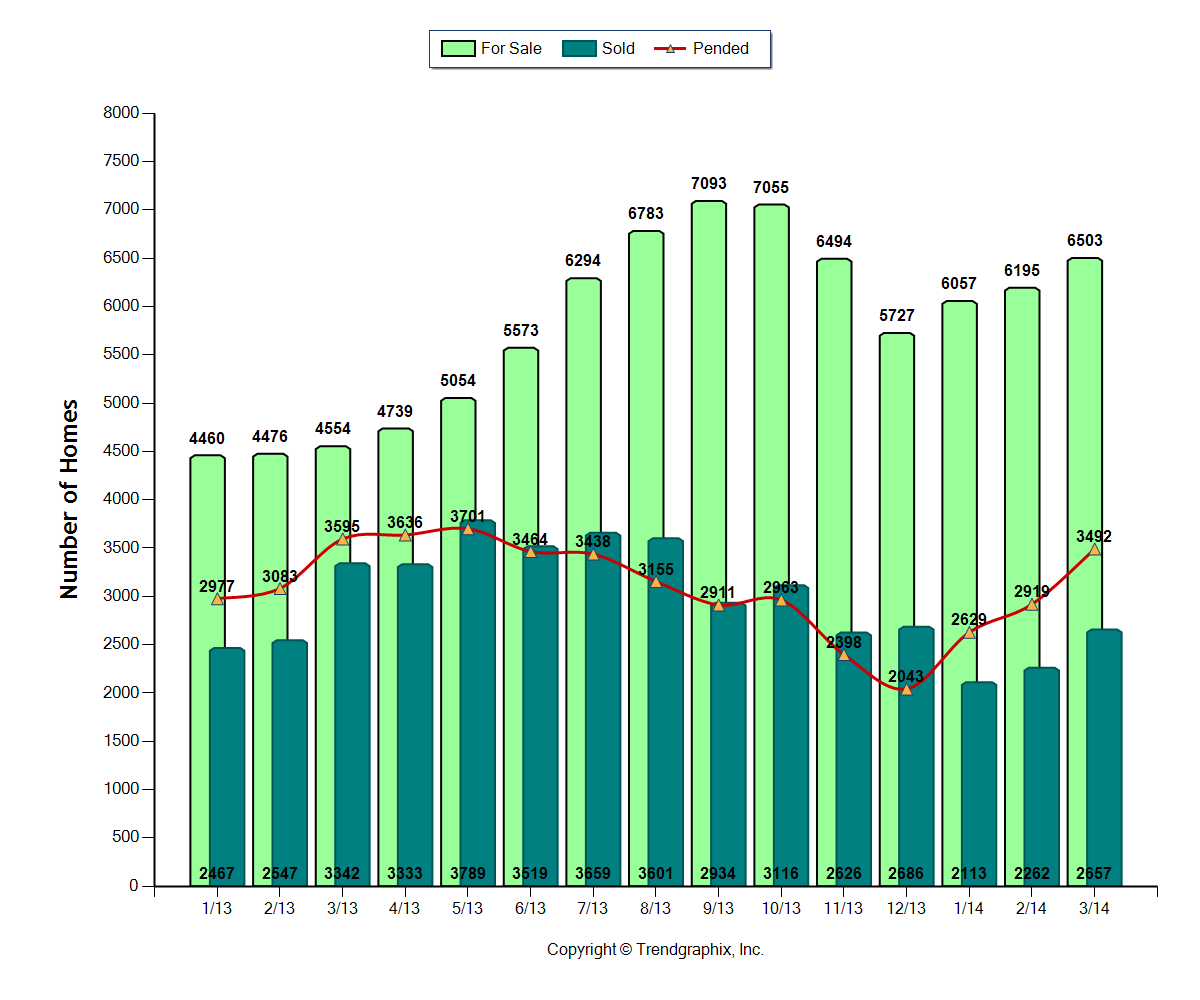 Versus last year, the total number of homes available this month is higher by 1949 units of 42.8%. This year’s bigger inventory means that buyers who waited to buy may have bigger selection to choose from. The number of current inventories is up 5% comparing to the previous month.

Property Under Contract (Pending)
There was an increase of 19.6% in the pended properties in March, with 3492 properties versus 2919 last month. This month’s pended property sales were 2.9% lower than at this time last year.

Shawn Azizzi has been a real estate broker for more than 15 years in the local San Diego County as well as Southwest Riverside County. [READ MORE]